Microsoft uncovered a new campaign with a sophisticated infection chain delivering notorious FlawedAmmyy RAT as a final payload. The attack starts with an email that contains .XLS attachments and the contents of the email in the Korean language.

Previous campaigns that involve FlawedAmmyy RAT are carried out by TA505 threat actors, upon successful execution of backdoor let an attacker to control the machine remotely, manages the files, captures the screen.

How the Infection Occurs 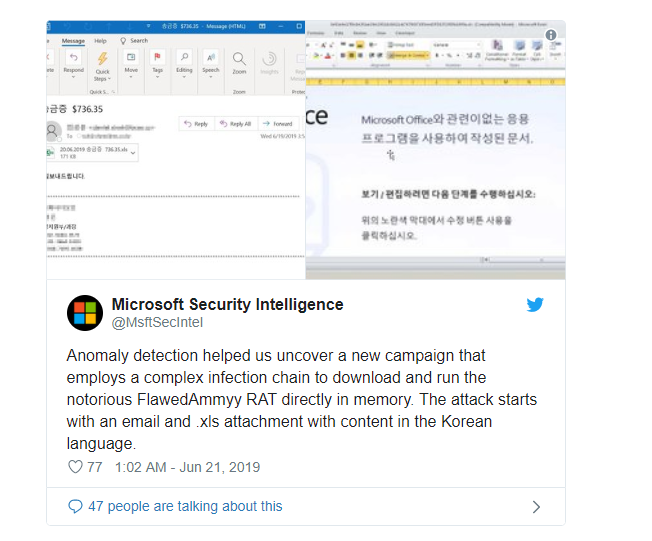 The final payload that delivered directly in memory is the FlawedAmmyy, according to Microsoft Security Intelligence. The FlawedAmmyy digitally signed using a code signing certificate issued Thawte to the company Dream Body Limited. It appears the rat was signed and timestamped on June 19 and the samples detected on June 22.[…..]