In what’s yet another instance of supply chain attack targeting open-source software repositories, two popular NPM packages with cumulative weekly downloads of nearly 22 million were found to be compromised with malicious code by gaining unauthorized access to the respective developer’s accounts.

The two libraries in question are “coa,” a parser for command-line options, and “rc,” a configuration loader, both of which were tampered by an unidentified threat actor to include “identical” password-stealing malware. 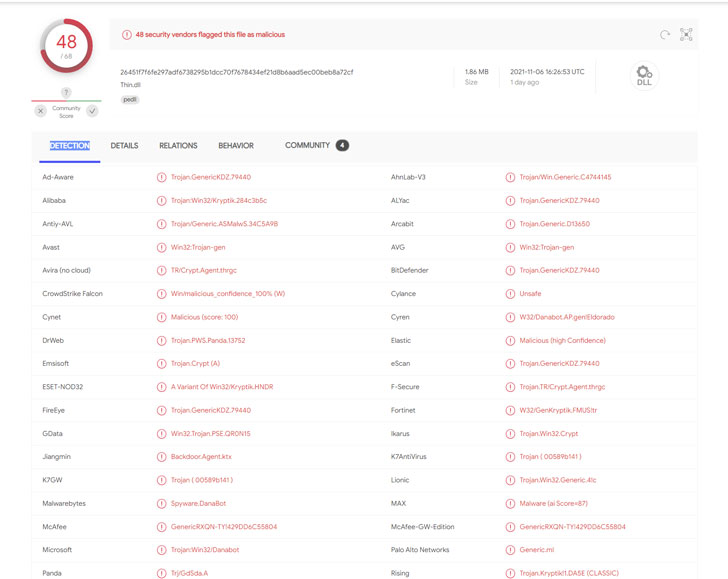 Additional analysis of the dropped malware samples show it be a DanaBot variant which is a Windows malware for stealing credentials and passwords, echoing two similar incidents from last month that resulted in the compromise of UAParser.js as well as the publishing of rogue, typosquatted Roblox NPM libraries.

“To protect your accounts and packages from similar attacks, we highly recommend enabling [two-factor authentication] on your NPM account,” NPM said in a tweet.