This is the first time the Qbot operators are using this tactic, switching from their standard way of delivering the malware via phishing emails dropping Microsoft Office documents with malicious macros on targets’ devices.

Security researchers suspect this move might be a direct reaction to Microsoft announcing plans to kill malware delivery via VBA Office macros in February after disabling Excel 4.0 (XLM) macros by default in January.

Microsoft has begun rolling out the VBA macro autoblock feature to Office for Windows users in early April 2022, starting with Version 2203 in the Current Channel (Preview) and to other release channels and older versions later.

“Despite the varying email methods attackers are using to deliver Qakbot, these campaigns have in common their use of malicious macros in Office documents, specifically Excel 4.0 macros,” Microsoft said in December.

“It should be noted that while threats use Excel 4.0 macros as an attempt to evade detection, this feature is now disabled by default and thus requires users to enable it manually for such threats to execute properly.”

This is a significant security improvement towards protecting Office customers since using malicious VBA macros embedded in Office documents is a prevalent method to push a large assortment of malware strains in phishing attacks, including Qbot, Emotet, TrickBot, and Dridex. 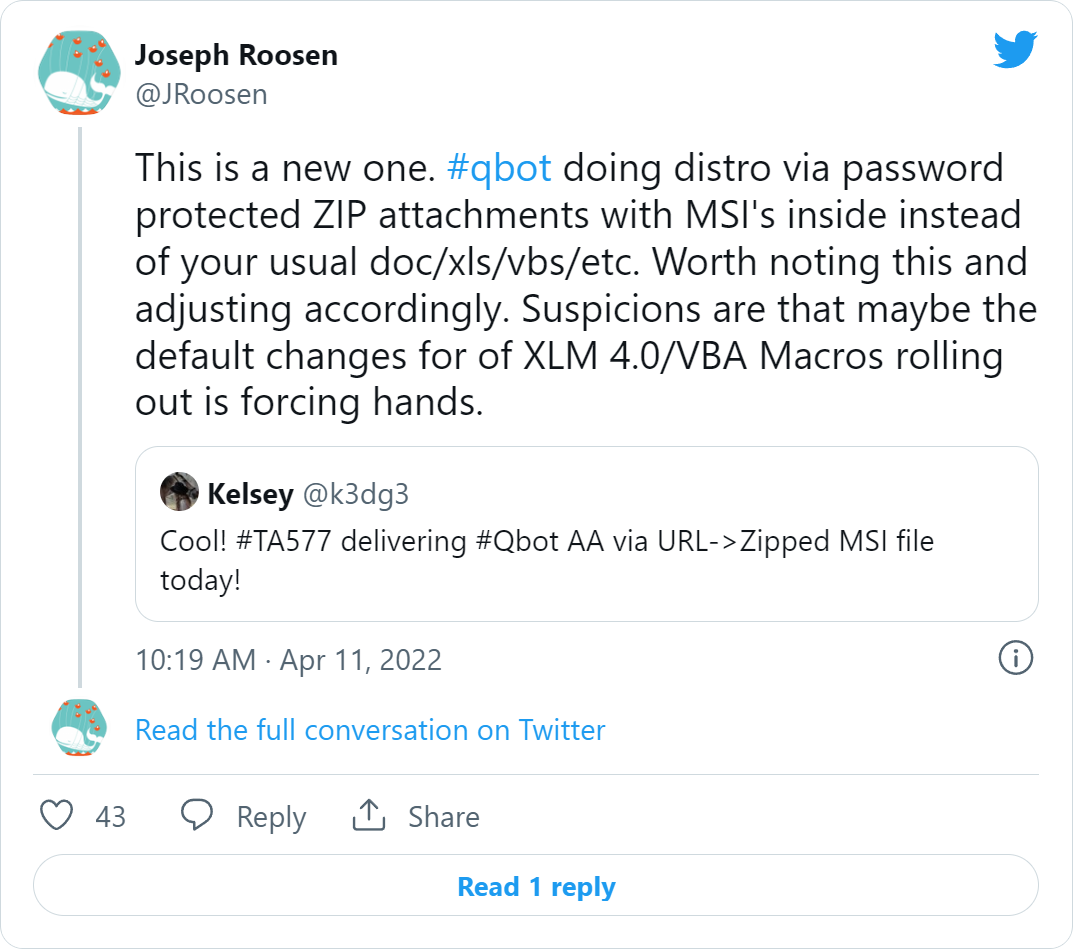 Qbot (also known as Qakbot, Quakbot, and Pinkslipbot) is a modular Windows banking trojan with worm features used since at least 2007 to steal banking credentials, personal information, and financial data, as well as to drop backdoors on compromised computers and deploy Cobalt Strike beacons.

Although active for over a decade, the Qbot malware has been primarily used in highly targeted attacks against corporate entities since they provide a higher return on investment.

Since Qbot infections can lead to dangerous infections and highly disruptive attacks, IT admins and security professionals need to become familiar with this malware, the tactics it’s using to spread throughout a network, and those used by the botnet operators to deliver it to new targets.

A Microsoft report from December 2021 captured the versatility of Qbot attacks, making it harder to evaluate the scope of its infections accurately.